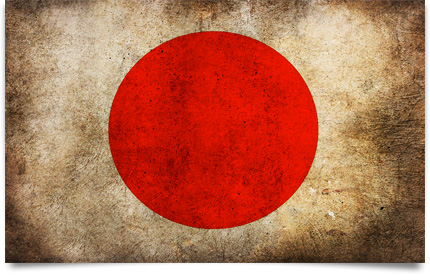 Shotokan Karate is a form of unarmed combat - "Karate" means empty hand. However the "karate-ka" also uses their feet, knees and elbows. Karate as a martial art was cultivated in the island of Okinawa, south of mainland Japan. After many years, the development of Karate as a means of self defence gained tremendous popularity, as the Japanese government on the island had prohibited the use of weapons. Because of this national policy, the self defence techniques were developed into a unique Okinawan martial art of Karate. In 1922, Master Gichin Funakoshi, the founder of Shotokan Karate, introduced Karate to mainland Japan during the first National Athletic Exhibition held in Tokyo. The demonstration turned out to be a great success due to the inspiring personality of Master Funakoshi. He taught only one method, a total discipline, which represented a mixture of Okinawan styles. This method became known as Shotokan, which literally means Pine waves Hall.

Master Gichin Funakoshi is widely considered the primary "father" of modern karate due to his efforts to introduce the Okinawan art to mainland Japan, from where it spread to the rest of the world. Funakoshi Gichin was also the founder of what is now known as Shotokan karate. His style of karate originated from him having trained under two famous Okinawan karate masters, Yasatsune Azato and Anko Itosu. After being observed by the Japanese Minister of Education during a karate demonstration, Funakoshi was asked to bring his karate to Japan for instruction in the universities there. His introduction of the previously "secret" art of karate allowed the martial arts to grow to previously unheard of numbers. In 1936, Japanese karate-ka gathered donations to build the first official karate dojo, which they named Shotokan in honour of Funakoshi Sensei.

Master Gichin Funakoshi was the Founder of Modern-Day Shotokan Karate 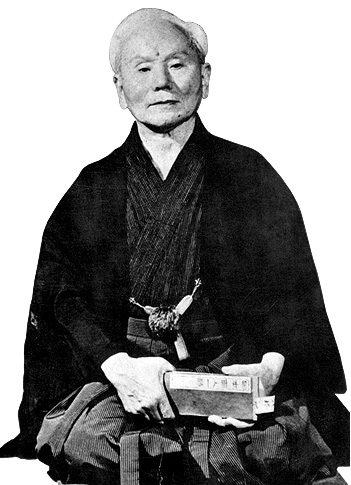 The Japan Karate Association's first Headquarters Dojo was founded in 1955

Gichin Funakoshi played a major role in introducing karate from Okinawa to Japan. He dedicated his whole life to promoting the values of the art, and by 1949, he and his followers had established an association for the promotion of karate; they called it Nihon Karate Kyokai, or Japan Karate Association. It was the beginning of the JKA.

By 1955, the first headquarters dojo had been built at Yotsuya in Tokyo, Japan. In 1956, the JKA set up the first-ever karate specialist instructor intern (kenshusei) training program at the headquarters dojo. It is through this program that the JKA has built up its unique team of distinguished karate instructors.

In 1957, the JKA became a legal entity when Japan’s Ministry of Education officially recognised the JKA as an Association of Members for the promotion of karate and the spread and enrichment of actual karate practice. The JKA was the first karate organisation to set up dojo’s outside Japan. This is the reason the Japan Karate Association (Nihon Karate Kyokai) is one of the most influential karate organisations in the world.

The karate style that is practiced at the JKA is Shotokan. and, as a self-defence is one of the most dynamic of all the martial arts. Techniques in kihon (basics) and kata (forms) are characterized by deep, long stances that provide stability, enable powerful movements, and strengthen the legs. It is also the most widely practiced karate style in the world.

The word Shotokan is comprised of three Kanji characters in Japanese - Sho To Kan. The literal translation is Pine Waves Hall, and is synonymous with the tiger symbol and Shotokan Karate today. Master Funakoshi's pen name was Shoto, and signs his works of calligraphy with his pen name. He would explain that the cool breezes, which blew among the pine trees where he lived, made a sound like waves breaking the shore. When viewing the Pine trees blowing at distance, it looked like a tiger’s tail. The tiger, which is commonly used as the symbol of Shotokan implies that the tiger never sleeps, therefore, is the keen alertness of the wakeful tiger. 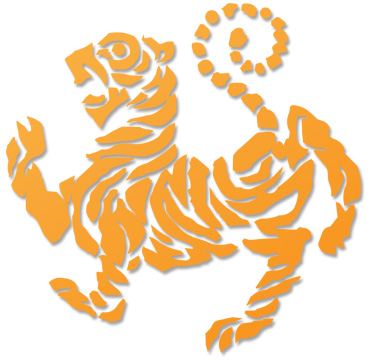 One. Seek Perfection of Character.

One. Refrain from Violent Behaviour.

As you read the kun you will notice something. Each line begins with the number 1. Why? Why not 1,2,3, etc.? Well, Funakoshi sensei felt that no item of the kun was any more important than another. Therefore, each item was number 1. Karate is a life long challenge that is explained by the "Dojo Kun". Every effort in karate teaches you commitment. Karate is an art of self-defence and the best defence is avoiding trouble. 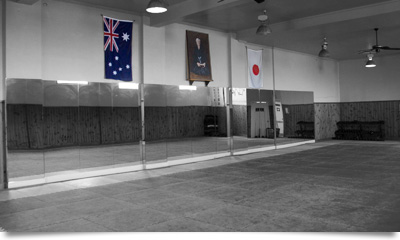